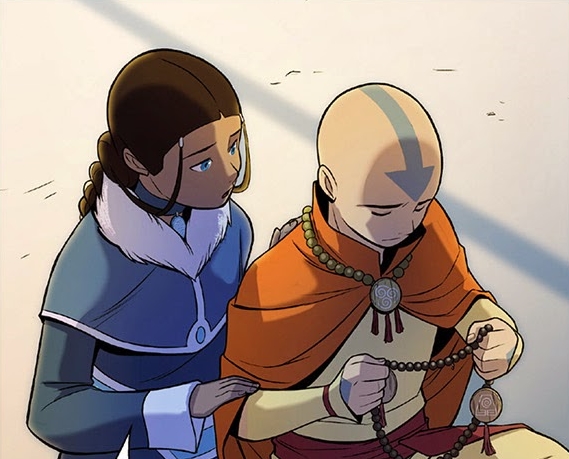 Avatar: The Last Airbender has inspired a ton of cosplay in the years since the fan favorite animated series first debuted on Nickelodeon , and here are seven great selections that you should check out!

Avatar: The Last Airbender has one of the biggest and most dedicated fanbases out there, but it had largely been a cult following held strong by the releases of The Legend of Korra and several follow up comics.

But a major wave came with the launch of both Avatar: The Last Airbender and The Legend of Korra on Netflix, and this meant artists were able to dive in completely.

Not only are artists now bringing the base looks for each of the characters to life, but many are finding a fun and unique way to highlight the characters from the entire franchise as a whole.

The wide variety of options have led to quite a few surprises, and the new Netflix series is going to have some major work to keep up with.

Read on for seven great Avatar: The Last Airbender cosplay you should check out, but this is by no means an entire selection.

There are tons of great artists out there still needing to be discovered, so let us know your favorites in the comments!

You can even reach out to me directly about all things animated and other cool stuff Valdezology on Twitter!

Not only is this a great take on Aang , but it's a unique one that highlights Aang's new look when the gaang went undercover in the Fire Nation in the third and final season.

You can find more of tsunderecosplay's work on Instagram here. Speaking of unique looks for Aang and the gaang, this fun take on Katara highlights the fan favorite look she had while undercover in the Fire Nation!

Besides Aang's hair, Katara's Fire Nation makeover probably was the most dramatically different of the bunch. You can find more of sanet. Sokka and Zuko have been married for five happy years and are planning on having a family.

However, after a visit from Ozai and Azula, the two get into a fight and now they are not speaking. During their break, the two think about events which led them to this place and if they can make it past this.

They don't fight regularly, but this was a fight like no other. This story will explore racism, homophobia, and transphobia in a modern setting. It will also contain some non English words in their transliteration.

However, a glossary will be available at the bottom. It's been three years since the war ended. Three years is a long time. People change.

They grow. They drift apart. Relationships dissolve. New ones form. Until the past is just a hazy memory of the good old days. Its been three years.

Distance will do that. Sokka and Zuko in the fire nation. Katara and Aang rebuilding the air nomad culture. Toph curating a new form of bending.

Suki, the leader of the Kyoshi warriors. Now, a master firebender and his master fire bending Uncle reside peacefully on the remote island of Kyoshi.

Aang's airbending skills, especially his skill with the air scooter, greatly improved over time, evolving from being able to ride one to creating multiple air scooters simultaneously without any difficulty.

At age forty, Aang was shown to have mastered the air scooter to a much greater degree. This version was superior in terms of size and duration when compared to the ones he showed as a child and was capable of being used as a high-speed method of transportation, as Aang quickly caught up with Yakone, despite the latter having had a good head-start.

Aang was also capable of standing on the scooter, instead of sitting on it as he had done before. Aside from his individual skill, Aang was also shown as a capable teacher, as he passed on the full extent of his airbending knowledge and techniques to his son Tenzin, who became a powerful master airbender in his own right.

Although Aang was originally better at waterbending than his fourteen-year-old friend Katara, his lack of focus allowed Katara to surpass him as she was later deemed a waterbending master after rapidly developing her skills while training under Master Pakku.

Katara became Aang's teacher when they took their leave of the North Pole. In the early stages of his training, Aang showed prodigious skill in waterbending, being able to easily create a huge wave on his first try.

Although he had great skill with waterbending, it was one of his least used elements in battle, instead favoring other readily-available elements such as earth or air.

He did not carry a water skin, preferring to bend from large sources of water such as rivers, lakes, or oceans. His control over the element was monumental, capable of creating massive tidal waves, albeit with the help of the Moon Spirit, or bending entire streams of water.

He was even able to extinguish a powerful, comet-enhanced blast of fire from Ozai and use the water to briefly put the Fire Lord on the defensive.

While in the Avatar State, Aang could bend water from such remote distances a common waterbender could not reach, and he could raise the waters of an entire ocean, mimicking the moon pulling the tides, to cover an entire forest.

He was also capable of compressing massive volumes of water into smaller streams, a normally incomprehensible skill, allowing an increase in force and pressure and making it easier to transport.

Because earthbending contrasted Aang's personality and his native element, air, he had great difficulty learning the bending art. Airbenders relied on indirect methods of combat, while earthbending required a head-on approach.

Earthbending even became Aang's second most used fighting style behind airbending, due to its general availability. Aang was capable of bending large boulders, sending massive columns of rock flying, or forming earthen armor around his body for protection.

He also eventually learned to fight and bend blindfolded by detecting things through the use of seismic sense, a skill that he learned directly from Toph.

Due to his pacifistic nature, Aang employed a more defensive style of earthbending, based on manipulating the earth to create walls, shelters, and restraints to neutralize his opponents, rather than harm them.

While in the Avatar State, Aang could manipulate massive columns of rock, compress boulders into pebbles, or send rocks flying at high speeds in rapid succession, while requiring no physical connection with the ground to earthbend.

During the battle for Yu Dao, Aang managed to create a massive chasm around the entire city, effectively leaving it outside the reach of the Fire Nation and Earth Kingdom armies.

When fighting against General Old Iron, Aang created a gigantic stone body of almost equal durability to that of the spirit's iron armor.

Despite the proficiency with which Aang used earthbending in his fight with Ozai, Toph stated that he could still improve.

While training, Aang's impatience to learn the basics of firebending resulted in him harming Katara, an accident that caused him great shame. He swore from that point onward never to firebend again, out of fear of losing control.

It was not until after the invasion plan failed that Aang sought to learn firebending again. After accepting Prince Zuko as his teacher and discovering the true meaning of firebending from the dragons Ran and Shaw, Aang no longer feared firebending and began his training in the bending art.

He was shown to be quite skilled, yet initially reluctant to show the aggressive attitude required for firebending. While in the Avatar State, Aang could create exceedingly strong and highly destructive streams of fire, as well as melt solid stone.

After being endowed with the knowledge from a lion turtle, Aang was able to use an ancient form of bending that precedes all other bending called energybending, which he used to strip Ozai of his natural firebending abilities, leaving the Fire Lord permanently drained and in a weakened state.

According to the lion turtle, before the Avatar existed, people did not bend the four elements, but the life force energy within themselves. However, in order to bend another person's life force energy, the energybender's own life energy must be unbendable, or they could become corrupted or even destroyed.

It was confirmed that Aang was not the first Avatar to learn energybending; however, there were few who had learned this particular bending art and even fewer who had used it due to its dangers.

At the same time, Aang imparted the knowledge of energybending and control of the Avatar State onto Korra. Aang was extremely agile and quick even without bending, proven while forced to hide his bending when masquerading a Fire Nation student.

He was able to defend himself without needing to resort to bending by simply dodging and avoiding attacks. Aang effortlessly defeated him without ever striking him, instead simply dodging his blows and pushing him when he was off-balance.

This fighting style was overall similar to the martial art Baguazhang, which consists of an intricate set of foot and palm movements to dodge, walk circles around the enemy, and strike unexpectedly as well as defend from all angles; this art emphasized the pursuit of harmony in conflict situations, rather than destroying or defeating the opponent — all principles that Aang used often.

Aang could use his glider staff with great skill as well, using it as a method of transport and sometimes as an attack, defense, or bending.

Aside from his combat skills, Aang also displayed an impressive degree of artistic talent on a few occasions. He was an extremely talented and agile dancer, being able to perform somersaults in mid-air among other acrobatic feats and coordinate with Katara in a dance.

His somersaults at that time did not seem to be aided by airbending, as he was in a public area surrounded by Fire Nation students and there was no sign of any air currents around him. 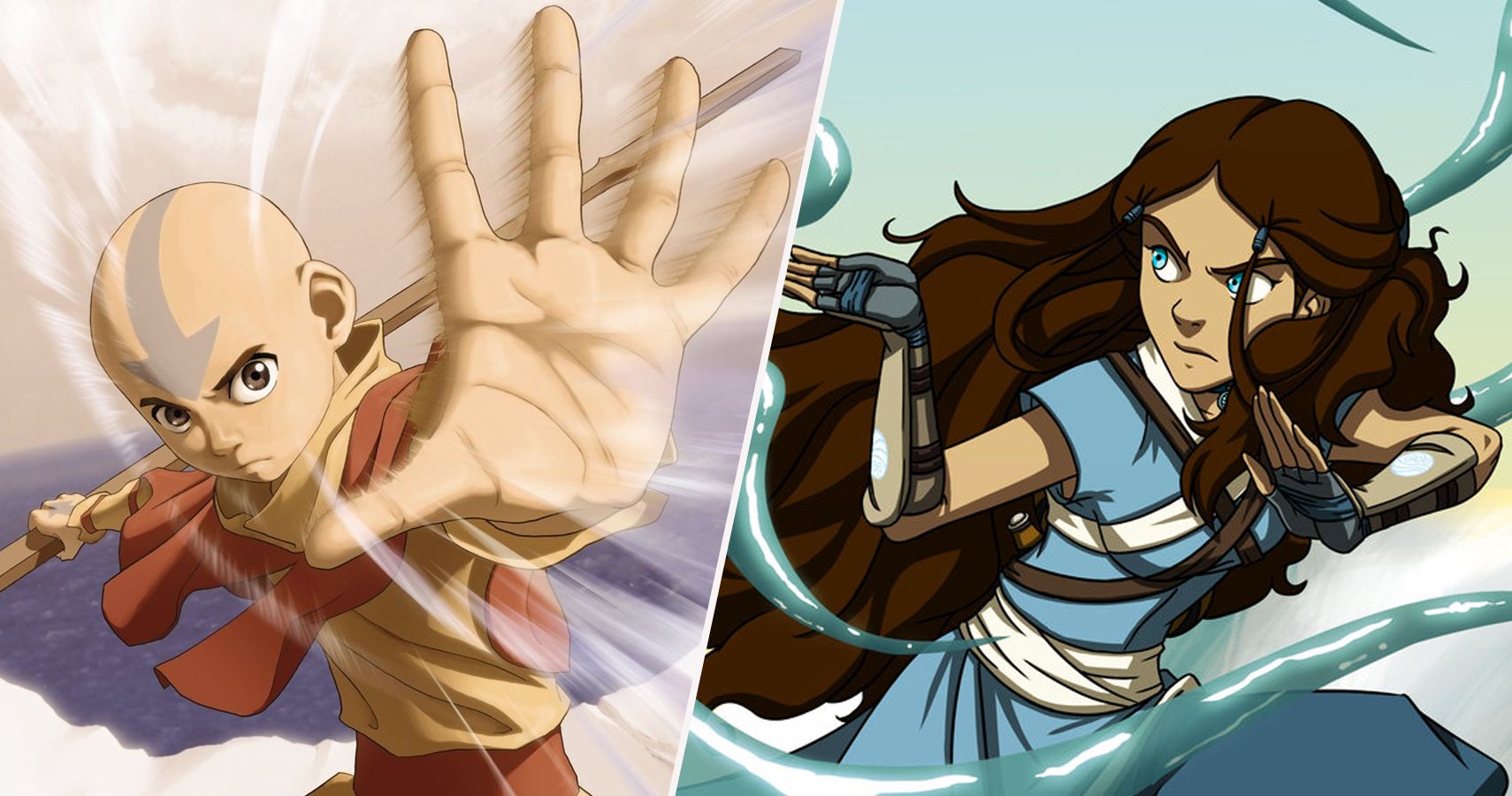 1 thoughts on “Aang and katara”